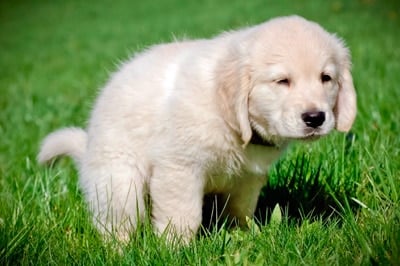 You probably think that teaching your puppy or adult dog to do their business outside the house is complicated, but the truth is it’s very simple. How to house train a dog so he doesn’t pee or poop in the house? By following the steps below, in a very short period of time, you’ll have your best friend relieving himself outside all the time.
You just have to have some patience and dedicate the time that your beloved pet deserves. I can’t emphasize enough, there is nothing as simple as house training a dog.

The first thing that you need to understand is that you’ll never teach your dog anything if you use violence or abuse in any of its forms. There is no point in hitting, yelling, or jerking the leash as punishment – nobody learns from torture. The best way to train your pet, no matter what your training goal is, is with patients and rewards. Rewards can be treats like dog biscuits, small pieces of bread or sausage, etc.

How to house train a puppy

If you have a puppy, you need to understand that it’s impossible for them to know where they should go to the bathroom. They are very young and as a result, they’ll relieve themselves wherever they are, whenever they want, without waiting to go outside. My loyal companions today were once puppies too, and like all puppies, they peed and pooped in the house.

The main thing is not to get upset or angry. They will sense a dirty look or anger, so it’s useless to scold them when they relieve themselves in the house. They’ll see that you’re angry but they won’t understand why – they’re puppies!

The fastest and most effective technique to housebreak your puppy is routine and treats. You should have a strict schedule for going out; just like all animals, your dog will need to pee or poop several times a day. The most common and convenient schedule is to take your dog out to do his business in the morning when you get up, at mid-day before or after lunch, in the evening a little before dinnertime, and at night just before going to bed.

To give you an idea of a good schedule, my dogs go out at 8 am, 1 pm, 7 pm and midnight, and they pee or poop every time. It’s normal and necessary. They’re going to do what they gotta do and they’ll do it inside or outside – it all depends on you. 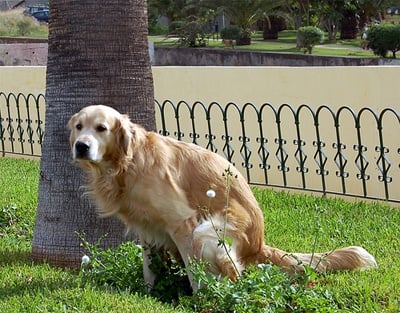 It’s very important to maintain a routine; that is, go out every day at more or less the same time. Of course, it’s not enough to go out, pee, and come back inside; over the course of the day you should take one or two long walks. They need to walk and run, play, and interact with other dogs.

Equally important as having a daily routine is to praise them and give them a treat when they relieve themselves outside. Petting them and praising them is very important, and then you give them a dog biscuit, small piece of sausage, or whatever you have as a treat. This way, they’ll understand that peeing outside is good and they will try to do it outside instead of in the house.

If for some reason they do pee or poop in the house, you simply have to be indifferent about it. It does no good to scold them – they’re puppies and won’t understand anything at all. The best thing is to be indifferent, and only praise them when they pee outside.

Patience, a daily routine, and praise + treats when they do it right: that’s all you need to do to get your puppy housebroken. You must understand that, being so young, it might take them a few weeks or even a few months to completely learn. Some puppies learn in two months and others might take four or even five months to learn. Patience and perseverance, they will all learn eventually. 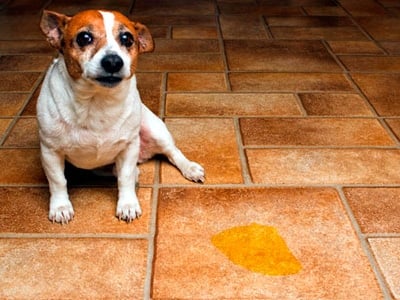 How to house train an adult dog

If you have an adult dog who does his business inside the house, you need to understand that it could be due to several completely different factors and that, whatever the reason, there is a solution. The first factor is ignorance; if you adopted an adult dog and he was never housebroken, it’s normal for him to do it inside. In this case, you should use the same technique as in the previous step where we talked about teaching a puppy to go to the bathroom outside. Patience, perseverance, a daily routine, and praise + treats. 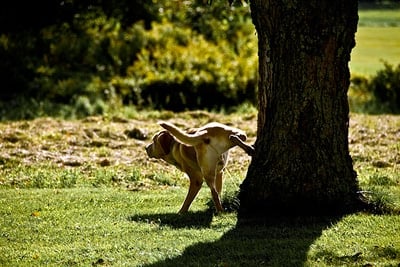 The second factor could be that your dog wants to be the “alpha male” of the family; he’s dominant and expresses his dominance by marking his territory in the house. In this case, he will pee inside the house but in small amounts, marking various places inside your house. It’s his way of saying, “this is my territory”.

This case is more complicated, because the first thing you have to do is teach your dog that he isn’t the “alpha male”, he’s not in charge, his owner is. Small gestures made on a daily basis, for example, letting him enter or leave the house before you, letting him up on the sofa or bed, feeding him before his owner has eaten, etc., are mistakes that make him think he’s the one in charge. If he thinks he’s in charge, he’ll start to mark the house because he thinks it’s his territory. Obviously, it isn’t – but you need to teach him that his owner is the “alpha male” for him to stop marking in the house.

This is a delicate and important point that can’t be explained in a paragraph or two, so I recommend that you read the post about how to take charge of your dog in the training section of this website. Once you understand how to be the “alpha male” and you dominate your pet, it will be much easier to get him to stop peeing in the house.

And don’t forget that leaving dog poop in public places is discourteous and can be punished by hefty fines. Always pick it up with a baggy and throw it away in the garbage. 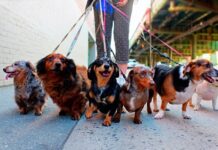 How to Train a Dog or Puppy to Walk 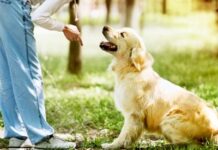 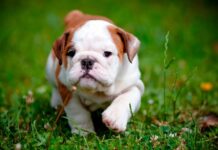 How to Train a Puppy 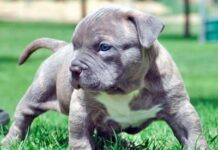 How to Train a Pit Bull Puppy 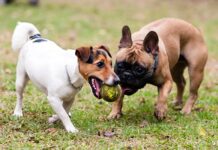 How to Socialize a Dog or Puppy 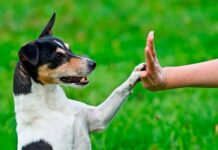 How to Train a Dog

Do You Have a Pet or a Fur Baby?

My Dog Has Fleas. What Do I Do?